NOTE TO SELF: WHAT DOES DESTINY HAVE TO DO WITH IT?
March 26, 2021 by ashleygrey 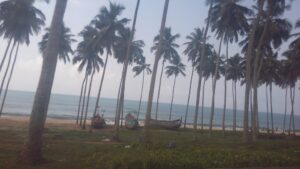 Isaac and Rebekah. Esau and Jacob. A generation of smarts, it is almost uncanny.

Esau was a wild, love-the-outdoors kind of guy, skillful at hunting albeit a tad reckless with important things, he traded his inheritance for a bowl of lentil stew and had wives that made life bitter for Isaac and Rebekah, his parents.

Jacob was quiet, lived in tents, a family sort of guy, quick, clever and took advantage of his brother Esau in a moment of weakness.

Makes me wonder, what is lost in moments of weakness and if perhaps we could make better choices.

Ah, Rebekah had strategy!
Her role in orchestrating the blessing in Jacob’s favour over older brother Esau was well thought out.
Perhaps, she felt that blessing Esau over Jacob would mean endorsing a bad legacy of poor choices and taking important things for granted?

Who adorns a pig with pearls?

Isaac held his own and tried to verify again and again that it was Esau he was pronouncing the blessing on and not Jacob.

I would tell him not to worry though as he did not have the luxury of a cellphone.
A call to Esau, had he lived in our day, would have given the game up.

Oh well, their story is worth thinking about.

Was it destiny at play or a succession of choices and consequences?
Story can be found in Genesis chapter 26 verse 34 to Genesis 27.

Perhaps, we can compare notes?

Next article IT WAS NOT A PRANK